8 dead and more than a dozen injured in terror attack in NYC….

On the far west side of lower Manhattan… 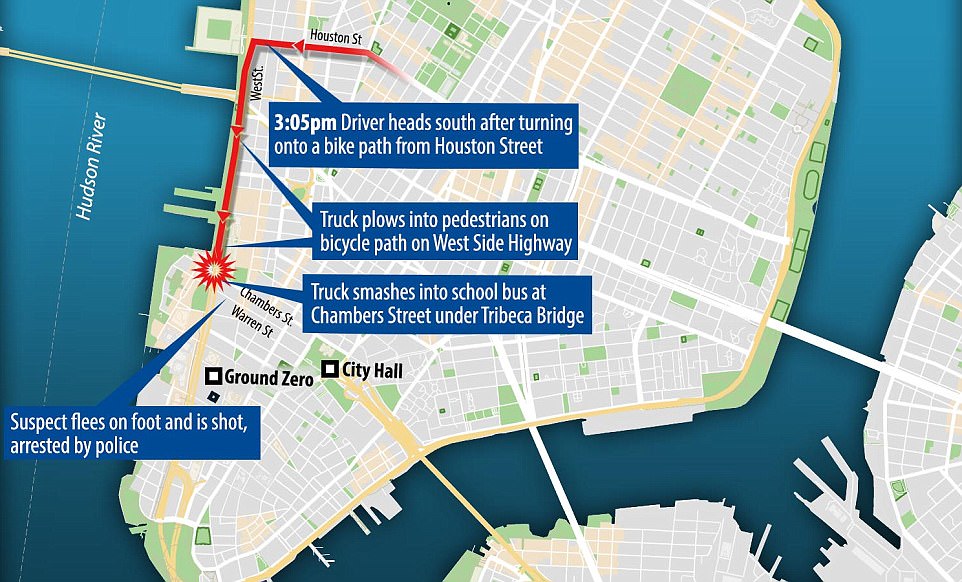 Colonel Aleksandr Poteyev (circled), Садулаев in the middle of the front row, with the dog. 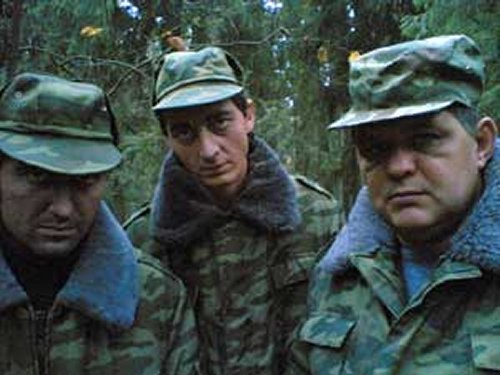 M.N.: The symbolism or the symbolic message of this attack appears to be clear: “The US is like a rented truck speeding down the bicycle lane, after taking a left turn South from Houston (Oh, “how stoned!”) Street onto the West Side Highway (“My way or the highway” – the so-called Reagan Doctrine), with its anti-Russia sanctions (recently expanded against the Russian military-intelligence complex and signed by Trump after four weeks of delay), killing the “innocent victims” (of these sanctions) along the way, and then brandishing two toy (or false, pellet and paintball) guns: apparently the reference to the two recent indictments of Paul Manafort and Rick Gates by the Mueller’s Investigative team. It also contains a threat, just like all the other episodes of this kind, of the future attacks and calamities. This chain of reasoning and the interpretation of the presumed symbolic message of this incident is pretty much consistent with the comments of the Russian officialdom on their implicit indictments in Mr. Mueller’s actions, to which they hurried to plead non-guilty, following their traditional and quite an easy dictum: “Deny, deny, deny.”
My hunch: Attacks by Uzbek immigrants appear to be disproportionally frequent, which might point to the possible but still hypothetical role of the organizer in the person of “Руслан Саидович Садулаев” who carries and uses many other names, and is reportedly the head of the GRU (Military Intelligence) of Uzbekistan. Presently, he reportedly resides in Turkey, although everything surrounding him and his comrades in “FarWest” is a deep mystery and very likely disinformation. Be all this as it may, it would be very helpful to extract this individual from wherever he is and to try to get the information out of him, which might be rich.
FBI, wake up and start working on all of this in honest. You cannot avoid dealing with this old and painful issues of “The FarWest Group”, their possible and many crimes, including the 9/11, their many and sophisticated covers, and their real, non-ending threat and disruptions. Do not walk endlessly around the bush, get the mf-s and investigate these connections in utmost depth. These people are specially and very well trained, professional high-level military intelligence officers. They are utterly dedicated “to the course” (whatever this course is), and judging from the past episodes, their audacity and brazenness are boundless. Do prevent the next looming disaster.
I have a feeling that Col. Poteyev who was an early member of this group, shared a lot of valuable information.
The whole approach to the investigations of the mass killing episodes has to be reviewed. New, smart, decisive actions have to be taken.
Michael Novakhov
11.1.17
M.N.: Some other issues: Who exactly are the Argentinians in Manhattan truck attack, are there any connections between them and any significant recent events of interest? These might be completely the side issues, but it is worth to explore them.
“Five of the dead were Argentine tourists, visiting New York as part of a group of friends celebrating the 30th anniversary of their high school graduation, the government there said. Belgium’s foreign minister said a Belgian citizen was also among those killed.
New York City Mayor Bill de Blasio said police will be out in force to protect the city’s marathon on Sunday, one of the world’s top road races, which draws some 51,000 runners from around the globe.
“You’ll see a lot of officers with long guns. Other things you won’t see that are protecting us,” he told MSNBC.”
Links 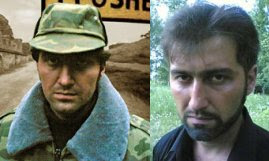