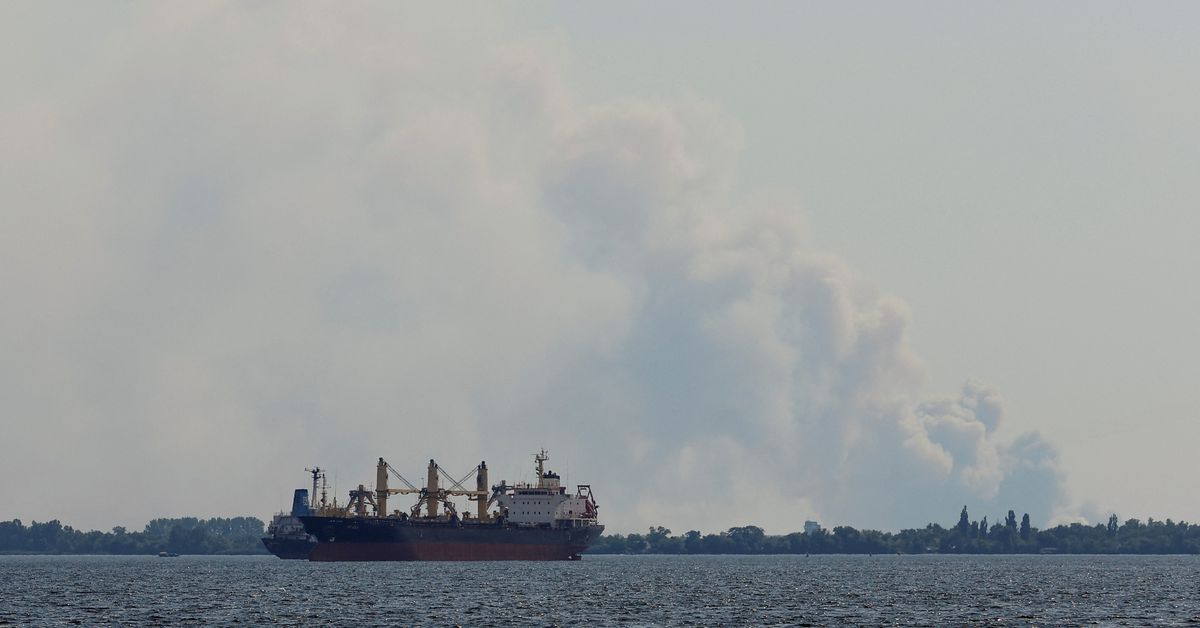 KYIV, Nov 8 (Reuters) – Ukrainian President Volodymyr Zelenskiy said he was open to talks with Russia, but only “genuine” negotiations that would restore Ukraine’s borders, grant it compensation for Russian attacks and punish those responsible for war crimes.

The remarks, made in an overnight address, came days after a Washington Post report that Washington wanted Kyiv to signal its willingness for talks, concerned that by appearing too intransigent Kyiv might harm its case for international support.

Speaking before he was due to address world leaders at a global climate summit on Tuesday, Zelenskiy said: “Anyone who is serious about the climate agenda should also be serious about the need to immediately stop Russian aggression, restore our territorial integrity, and force Russia into genuine peace negotiations.”

Ukraine has repeatedly proposed such talks, but “we always received insane Russian responses with new terrorist attacks, shelling or blackmail”, he said.

“Once again – restoration of territorial integrity, respect for the UN Charter, compensation for all damages caused by the war, punishment of every war criminal and guarantees that this will not happen again. These are completely understandable conditions.”

Since Russia announced the annexation of Ukrainian territory at the end of September, Zelenskiy has decreed that Kyiv would never negotiate with Moscow as long as Vladimir Putin remains Russian president. Kyiv officials have repeated that position in recent days, while saying that Kyiv would be willing to negotiate with Putin’s future successor.

“Negotiating with Putin would mean giving up, and we would never give him this gift,” Zelenskiy adviser Mykhailo Podolyak said in an interview with Italy’s La Repubblica newspaper published on Tuesday.

Russia was demanding Ukraine give up territory as a pre-condition for talks, which made them impossible for now, Podolyak said: “Society will never accept this. The Russian army will leave Ukrainian territory, and then dialogue will come.”

On Monday, Kremlin spokesman Dmitry Peskov repeated Moscow’s position that it is open to talks but that Kyiv is refusing them. Moscow has repeatedly said it will not negotiate over territory it claims to have annexed from Ukraine.

[1/10] Smoke rises behind vessels on the Dnipro River during Ukraine-Russia conflict in the Russia-controlled city of Kherson, Ukraine July 24, 2022. REUTERS/Alexander Ermochenko

Ukrainian forces have been on the offensive in recent months, while Russia is regrouping to defend areas of Ukraine it still occupies, having called up hundreds of thousands of reservists.

Russia has been evacuating civilians from occupied areas, especially from southern Ukraine’s Kherson region, in an operation that Kyiv says includes forced deportations, a war crime. Moscow says it is taking people to safety.

The next big battle is expected to be over a small Russian-controlled pocket of land on the west bank of the Dnipro River, which includes Kherson city, the only regional capital Russia has captured since its invasion in February.

On Monday, a source confirmed reports that White House National Security Advisor Jake Sullivan had held talks with Russian officials about averting escalation of the conflict. Those talks were first reported by the Wall Street Journal. The Kremlin has declined to comment on them.

The White House did not deny the talks but says it will not make diplomatic moves about Ukraine without Kyiv’s involvement.

“We reserve the right to speak directly at senior levels about issues of concern to the United States. That has happened over the course of the past few months. Our conversations have focused only on … risk reduction and the U.S.-Russia relationship,” White House spokesperson Karine Jean-Pierre told reporters.

The United States is holding mid-term elections for Congress on Tuesday. Although most candidates from both parties strongly support Ukraine, some right-wing Republican candidates have expressed doubt about the cost of U.S. military aid.

U.S. support for Ukraine would be “unflinching and unwavering” regardless of the outcome of Tuesday’s congressional elections, White House spokesperson Jean-Pierre said.