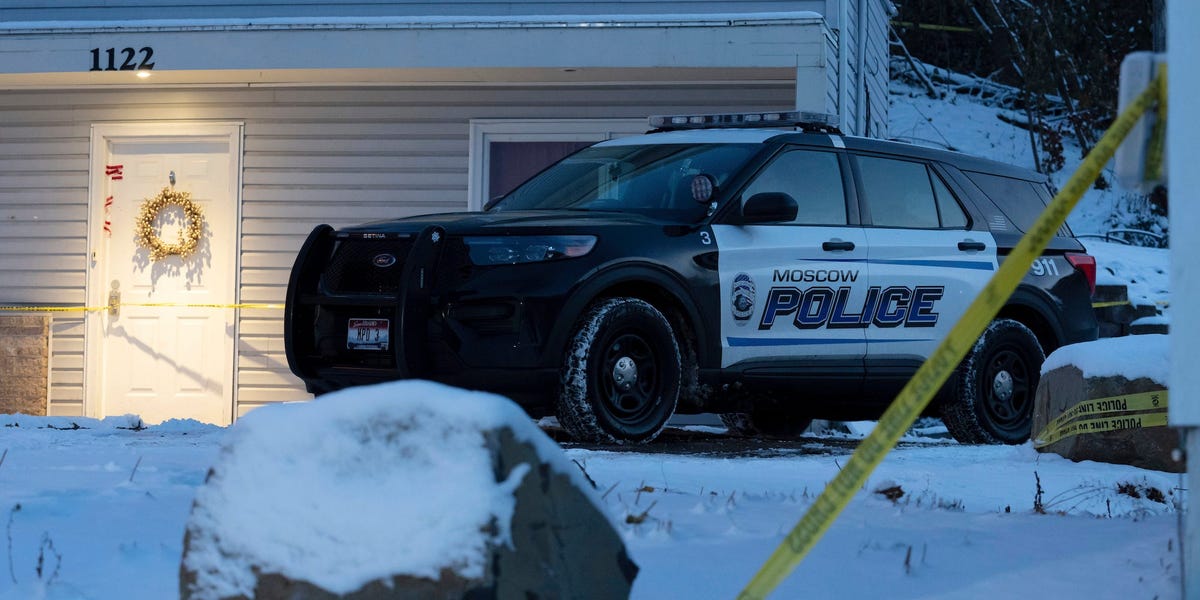 Idaho authorities recovered DNA from a knife sheath found at the scene of the Idaho killings and used it to identify Bryan Kohberger as the suspect by matching it to his father’s DNA, which authorities recovered from the trash outside his parents’ Pennsylvania home, according to court documents released Thursday.

Kohberger appeared in court in Idaho on Thursday to answer to first-degree murder charges in the deaths of Kaylee Goncalves, 21, Madison Mogen, 21, Xana Kernodle, 20, and Ethan Chapin, 20. The victims were stabbed to death in a rental home near the University of Idaho campus on November 13.

Law enforcement sources have told multiple media outlets that authorities used public genealogy databases to draw a connection between the DNA sample recovered from the crime scene in Idaho and the suspect sitting in his parents’ home over 2,000 miles away. It’s the same technique that has solved a number of high-profile cold cases in recent years, identifying suspects like California’s Golden State Killer and victims like Pennsylvania’s Boy in the Box.

Forensic genetic genealogy is a relatively new but rapidly developing field, and its use has become increasingly common in active criminal investigations. The practice has also drawn criticism from privacy advocates, since police departments and government agencies across the country have misused genetic evidence in the past.

Claire Glynn, a forensic genetic genealogy expert at the University of New Haven, told Insider the technique is often used in criminal cases where the suspect’s DNA sample returns no matches in CODIS, the FBI’s Combined DNA Index System that compiles DNA records from convicted offenders and arrestees across the United States.

In the Idaho murder investigation, authorities likely checked CODIS but found no results, since Kohberger has no known criminal record. In the past, this obstacle could have stalled an investigation for months or years, according to Glynn. But in the Idaho case, forensic genetic genealogy offered a way forward.

“You’ve kind of hit a brick wall. You’ve got this person’s genetic code, but you can’t do anything else until new evidence comes to light, or they get convicted for another crime,” Glynn said. “Now, we can go another step further.”

Glynn said the first thing authorities would have done after checking CODIS is put the suspect’s DNA sample through a process known as SNP sequencing, which searches for different markers in DNA than those that are regularly examined in the forensic process. This SNP sequencing is the same type of DNA analysis that companies like AncestryDNA or 23andMe perform to give customers insight into their ancestries, Glynn said

Glynn said roughly two million members of the general public have voluntarily downloaded their DNA data from sites like AncestryDNA or 23andMe, and uploaded it to GEDMatchPro. Of those two million people, at least one of them ended up being somehow related to Kohberger, and helped lead authorities to him.

An aerial view of the University of Idaho campus and the town of Moscow. David Ryder/Getty Images

It’s unclear which of Kohberger’s relatives uploaded their DNA data to GEDMatchPro, but Glynn said it could have been someone as close as a first cousin, or as distant as a fourth or fifth cousin. She said forensic genetic genealogists would have built out a massive family tree around this relative, using public records like birth records, death records, marriage records, immigration records, military records, and even social media posts to find the most recent common ancestor between the suspect and the DNA relative in the database.

“Ultimately, you build backwards in time to that most recent common ancestor, and then you build it forwards in time, leading you to a potential candidate identity of your suspect,” Glynn said.

Authorities typically confirm they’ve identified the right suspect by collecting DNA the person has left in a public place, like a cup thrown in the garbage or a cigarette flung on the ground, Glynn said. In Kohberger’s case, court documents say authorities mined his parents’ trash and found DNA belonging to his father.

Forensic genetic genealogy has drawn some criticism in recent years around the ethics of consent and privacy and the lack of consistent laws and regulations governing the use of genetic material. Americans have proven somewhat divided on the subject. A 2019 Pew Research Center survey found that 48% of Americans found it acceptable for consumer DNA testing companies to provide law enforcement with access to genetic data, while 18% said the practice was “unacceptable.”

Meanwhile, the lack of laws has resulted in a range of different practices across jurisdictions. In San Francisco, for instance, a rape victim who submitted DNA for her sexual assault case was arrested after police used her genetic material in an unrelated investigation, without her consent, and linked her to a burglary. California lawmakers later passed a law explicitly barring law enforcement from using the DNA of sexual assault victims for unrelated investigations.

Though Kohberger’s unknown relative in the GEDMatchPro database would have explicitly consented to having their DNA used in a criminal investigation, the other members of Kohberger’s family tree, whose names and associated public records were used in the investigation, did not consent, according to Glynn.

“By me consenting to my data being in the database, yes, I am in a way consenting on behalf of my other genetic relatives,” Glynn said.

But she said it’s no different than the thousands of people who are unwittingly drawn into criminal investigations every year — such as bystanders whose faces are seen on surveillance footage from a crime scene, or customers whose credit card data are viewed by authorities after a business is robbed.

“My final argument with it is, is my desire for privacy…more important than public safety? Which overrides the other?” Glynn said. “Public safety is first and foremost in my eyes.'”