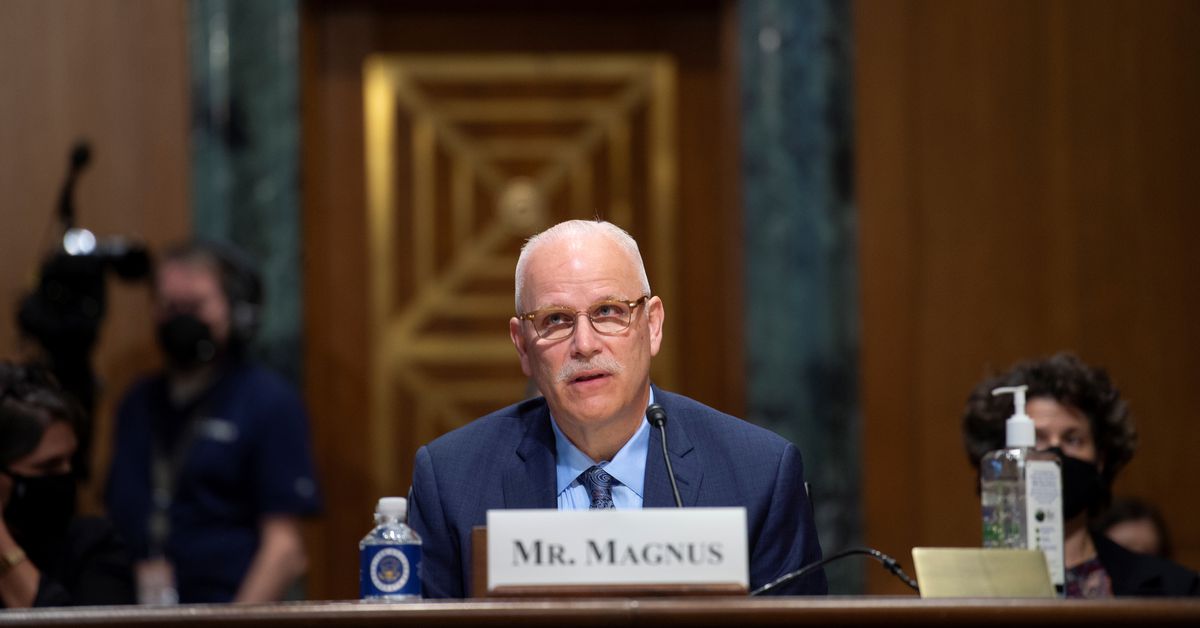 Chris Magnus appears before a Senate Finance Committee hearing on his nomination to be the next U.S. Customs and Border Protection commissioner in the Dirksen Senate Office Building on Capitol Hill in Washington, DC, U.S., October 19, 2021. Rod Lamkey/Pool via REUTERS/File Photo

The statement comes a day after U.S. media said Magnus had been asked to resign or was fired in a sign of tension within Biden’s administration over a record number of migrant crossings at the U.S.-Mexico border.

“I am submitting my resignation effective immediately, but wish you and your administration the very best,” Magnus said in a letter. “Thank you again for this tremendous opportunity.”

In a statement to Reuters, Magnus said, “this decision provides me with the best path for advancing my commitment to professional, innovative, and community-engaged policing.”

Deputy Commissioner Troy Miller will immediately take up the role of acting commissioner, Alejandro Mayorkas, homeland security secretary, who oversees the agency, said in a letter.

The number of migrants arrested at the U.S.-Mexico border has soared to record highs under Biden, a Democrat who took office in 2021, fueling attacks by Republicans who say his policies are too lenient.

Biden officials have said they aim to create a more orderly and humane immigration system, but have struggled to tackle the accompanying operational and political challenges.

A sharp rise in border arrivals of Cubans, Venezuelans and Nicaraguans has led to the record arrests of migrants driven, say experts, by problems such as poverty, violence and food insecurity to leave Guatemala, Honduras and El Salvador.

Magnus, 62, was confirmed in December as commissioner of the 60,000-strong agency that oversees border security, trade and travel.

He had worked for police departments in Michigan, North Dakota and California before becoming police chief in Tucson, Arizona, in 2016.

When Biden nominated Magnus for the commissioner’s role in 2021, the White House touted him as a reformer focused on establishing community trust in law enforcement and holding officers accountable.

Reporting by Ismail Shakil in Ottawa and Mike Stone in Washington; Editing by Sandra Maler and Clarence Fernandez