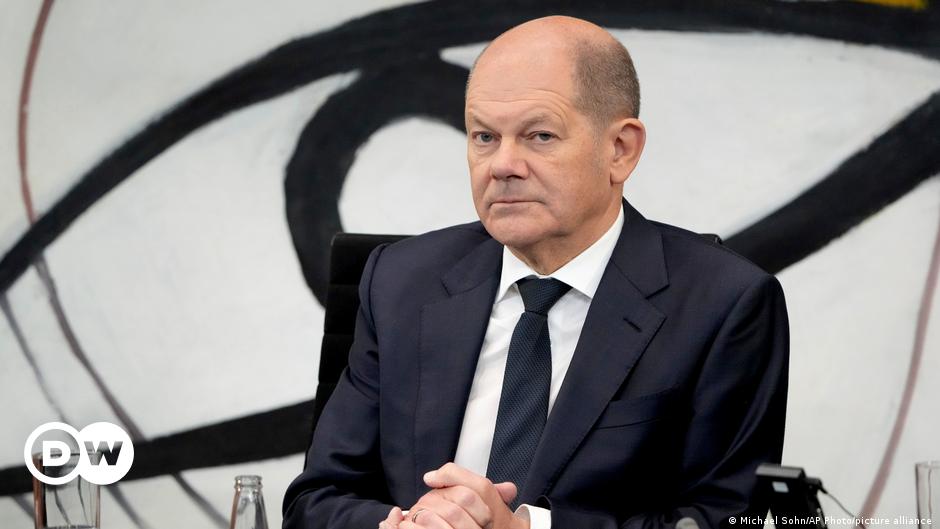 German Chancellor Olaf Scholz said the world faced a “Zeitenwende” or “an epochal tectonic shift” in an open editorial published by US international relations magazine, Foreign Affairs on Monday.

This follows Germany facing fairly considerable criticism from allies like Ukraine, Poland and the US on an array of defense-related issues in 2022 — from its domestic defense spending, to its reticence to send offensive weapons to a hot war in Ukraine, to infrastructure projects like the now-frozen Nord Stream 2 pipeline, all the way to German industry’s close connections to the Russian marketplace.

Scholz said that Germany was “doing everything it can to defend and foster an international order based on the principles of the UN Charter.”

“My country’s history gives it a special responsibility to fight the forces of fascism, authoritarianism, and imperialism,” Scholz wrote. “At the same time, our experience of being split in half during an ideological and geopolitical contest gives us a particular appreciation of the risks of a new cold war.”

The German chancellor said that Germans were “intent on becoming the guarantor of European security that our allies expect us to be.”

Scholz first used the “Zeitenwende” phrase in the Bundestag on February 27,  when he spoke about the €100 billion ($105 billion) defense spending package announced in light of Russia’s invasion just a few days before.

Scholz highlighted the three decades since the fall of the Iron Curtain as a time of “relative peace and prosperity,” and spoke of how “courageous citizens all over the world,” had rid themselves of dictatorial regimes and one-party rule.

“Two devastating world wars and a great deal of suffering — much of it caused by my country — were followed by more than four decades of tension and confrontation,” Scholz wrote, which happened under the shroud of a nuclear apocalypse.

Scholz said that following the fall of the Berlin Wall, there was hope that Russia would “become a partner to the West rather than the adversary that the Soviet Union had been.”

He said that was why European states reduced their defense spending, reasoning that a large military wasn’t necessary when “neighbors appeared to be friends.” He also said it explained why German businesses looked to deepen relations with Russia “with its vast resources of energy and other raw materials,” not least given that the Soviet Union had been “a reliable supplier during the Cold War.”

Scholz highlighted how rather than seeing the fall of communist rule “as an opportunity for more freedom and democracy,” Russia’s President Vladimir Putin labeled it “the biggest geopolitical catastrophe of the twentieth century.”

This, Scholz said, was when “authoritarianism and imperialistic ambitions” began to resurface. He pointed to Putin’s 2007 speech before the Munich Security Conference in which the German chancellor said Putin spoke of “the rules-based international order as a mere tool of American dominance.”

Scholz said that since the illegal annexation of Crimea, Russia has “made it impossible for diplomacy to succeed” and said the February invasion of Ukraine signaled a return to imperialism.

Scholz said that Putin’s war in Ukraine had “shattered a European and international peace architecture that had taken decades to build.”

According to Scholz, Germany now would have to play a crucial role as one of the primary providers of security in the region with investment in the military and defense industry, while boosting its NATO presence in the east and getting Ukraine’s military trained and equipped.

Scholz said one of the main questions that needed answering was “which threats we and our allies must confront in Europe.” Russia was deemed the immediate threat with others being “potential assaults on allied territory, cyberwarfare, and even the remote chance of a nuclear attack, which Putin has not so subtly threatened.”

US governments ever since the W. Bush administration had been pushing Germany to increase defense spending. Berlin signaled willingness in theory to at least try abroad but could never actually make it happen at home.

Scholz, whose government has faced criticism from Ukraine for its level of support and the speed of its decision-making, tried to defend and explain the scope of the changes that have taken root in Berlin this year.

Despite Germany’s pledge to spend 2% of its GDP on defense, a leading think tank, the German Economic Institute (IW), predicts that it will continue to fall short of this mark, probably up until 2026, according to data published in Monday’s edition of the Rheinische Post newspaper. It cites an array of difficulties, but most notably slow progress ramping up procurement.

NATO action should not result in ‘direct confrontation’

Scholz stressed that “NATO’s actions must not lead to direct confrontation with Russia,” but he said the alliance should be a deterrent for Russian hostility.

“Our message to Moscow is very clear: we are determined to defend every single inche of NATO territory against any possible aggression,” Scholz said, repeating the NATO mantra that an attack on one member of the alliance would be considered an attack on all.

Putin’s war had backfired in the sense that it had become turning point in economic and energy policy which gave a shot in the arm to clean energy, Scholz said. It had also resulted in the EU advancing with Ukraine and Moldova becoming candidates for accession.

Scholz said that Putin and others would try to undermine democracies with campaigns of disinformation.

Scholz did not share the view that there was a new cold war on the horizon that would see the US pitted against China. “China’s rise does not warrant isolating Beijing or curbing cooperation,” the chancellor said, countering that this growth in power also didn’t “justify claims for hegemony in Asia and beyond.”

However, Scholz also said that China wasn’t doing enough to create “a level playing field for European and Chinese companies,” arguing that it had taken “a noticeable turn toward isolation.”

Scholz concluded his open editorial by saying that times of peace need not be “rare interludes” and that while there was no going back in time “we can still turn back the tide of aggression and imperialism.”

While you’re here: Every Tuesday, DW editors round up what is happening in German politics and society. You can sign up here for the weekly email newsletter Berlin Briefing.