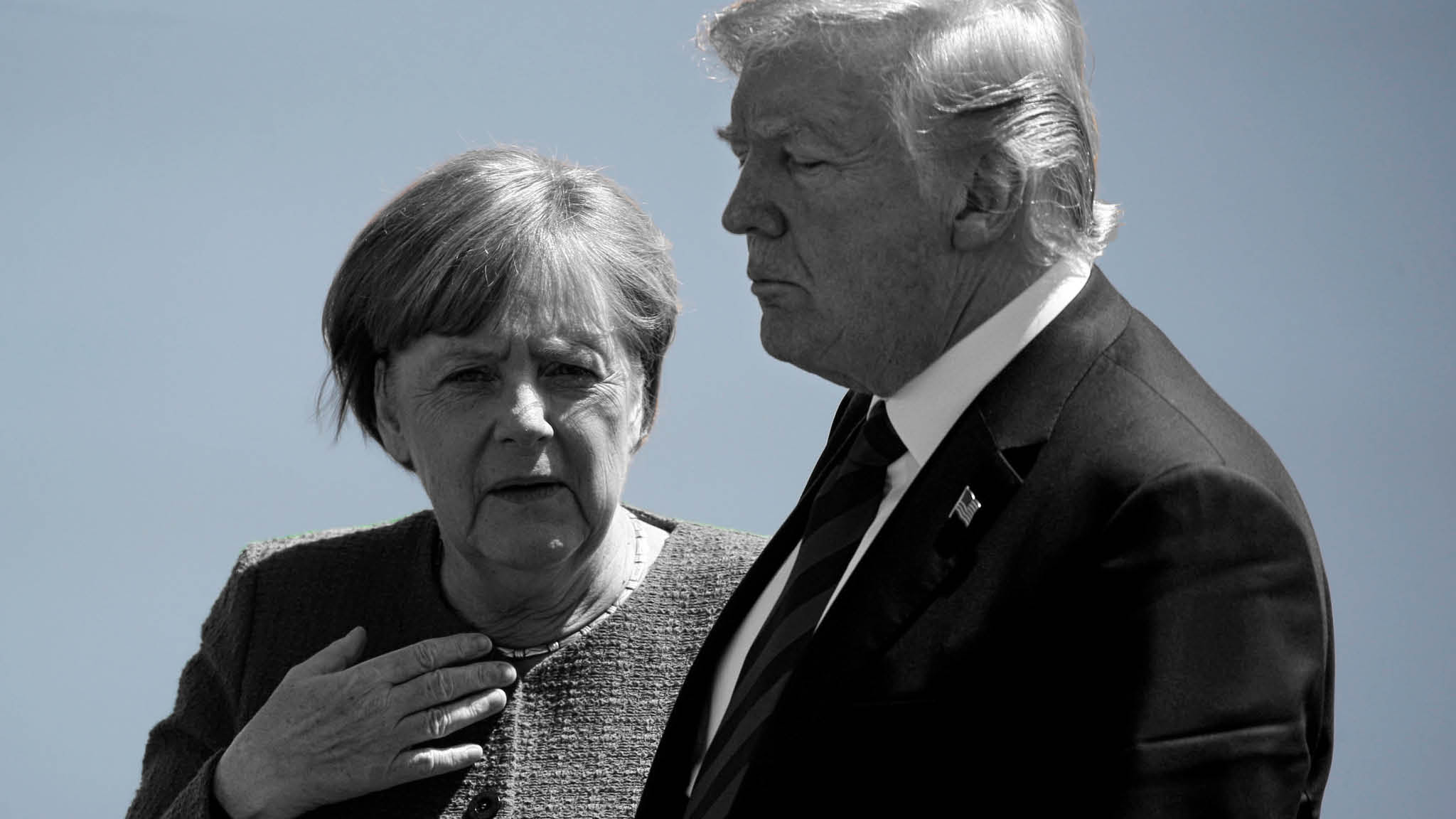 See Which Sections of the Mueller Report Were Redacted
Tuesday April 23rd, 2019 at 6:03 AM

About 10 percent of the special counsel’s 448-page report is blacked out. A bird’s-eye view of the report reveals the pattern of redactions. More is kept secret in the first volume of the report, which covers Russian interference in the 2016 election, than in the second, which covers possible obstruction of justice.
The report by the special counsel, Robert S. Mueller III, was released to the public on Thursday. Its redactions, made by the Justice Department, fall into four categories. They are labeled in the document using color-coded text, with categories indicating the reason for the redactions.
A majority of the redactions, about 69 percent in total, were made because the material related to ongoing investigations.

Each line represents a page of the report that included redactions.
Darker lines represent more redactions on a page.

2:49 AM 4/23/2019 – Germany’s search for a new diplomatic map Financial Times: The core ideas that have sustained foreign policy for decades are under attack from rising nationalism.
Tuesday April 23rd, 2019 at 3:51 AM

The core ideas that have sustained foreign policy for decades are under attack from rising nationalism.

1 Share
Razed to the ground by the Wehrmacht in 1944, Warsaw has never been easy terrain for the foreign minister of Germany.
As his convoy speeds through the Polish capital, Heiko Maas passes first the Soviet army war cemetery and then the memorial to the victims of the Warsaw uprising — potent reminders of the bloody price that German aggression has inflicted on Europe. At a press conference the next day, the foreign minister is asked about new Polish claims for war reparations. At a public debate an hour later, Mr Maas listens politely as his Polish counterpart lashes out at Berlin’s liberal refugee policy. On both occasions, he decides not to respond.
Being in charge of German foreign policy is a tough assignment these days — not just in Warsaw but in countries around the world. Over the past few years, Berlin has watched with growing despair as friends have turned into foes and old certainties have dissolved into doubt. A new breed of nationalist leader holds sway in capitals from Budapest and Warsaw to Rome and Washington, sounding a note of hostility and antagonism towards Berlin. For reasons both economic and political, Germany’s relationships with key powers such as China, Russia and Turkey are marked by growing tensions.
Read the whole story
· · · 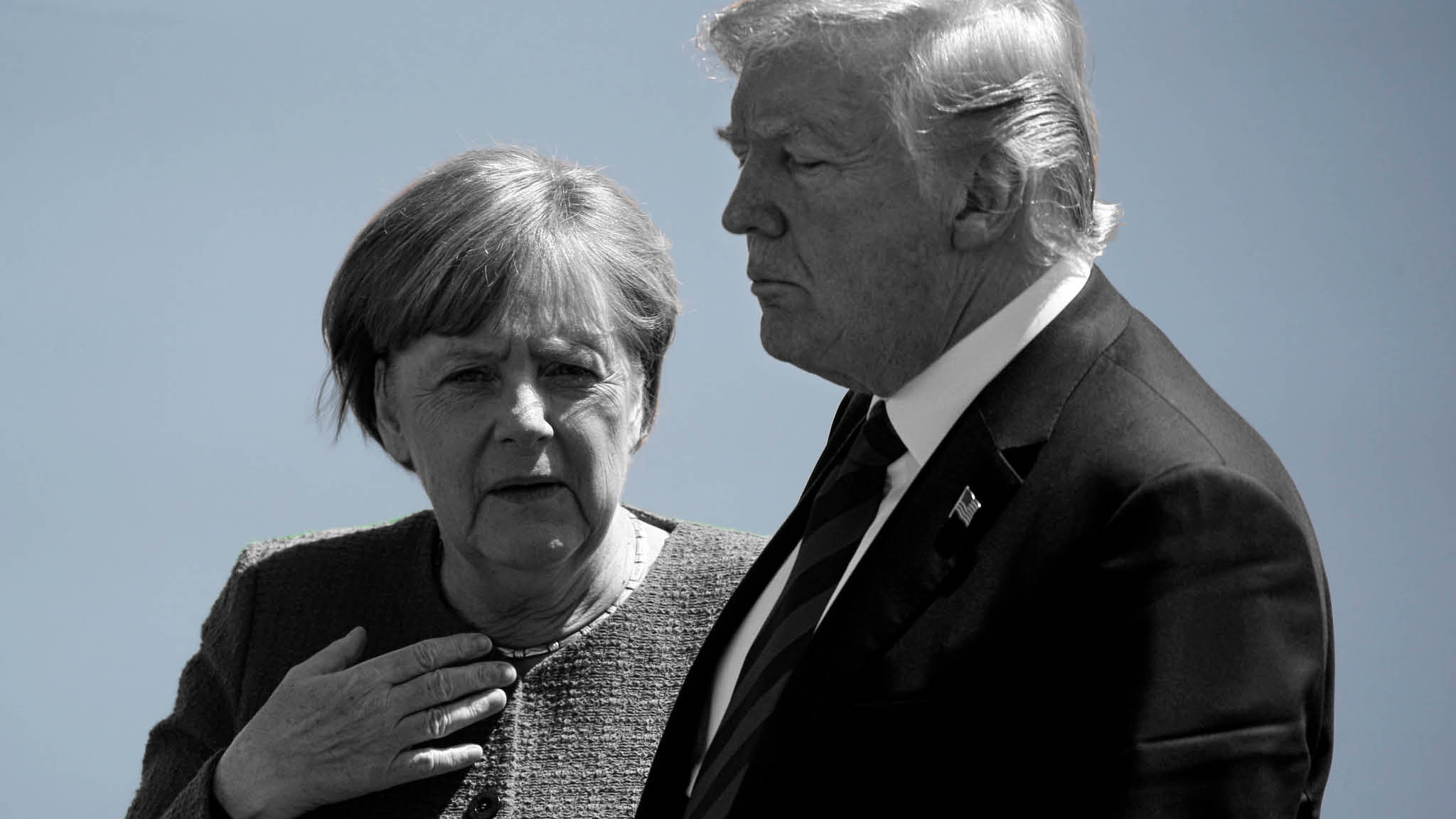 Germany’s search for a new diplomatic map  Financial Times
The core ideas that have sustained foreign policy for decades are under attack from rising nationalism. 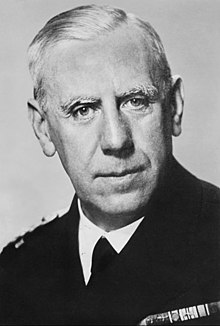 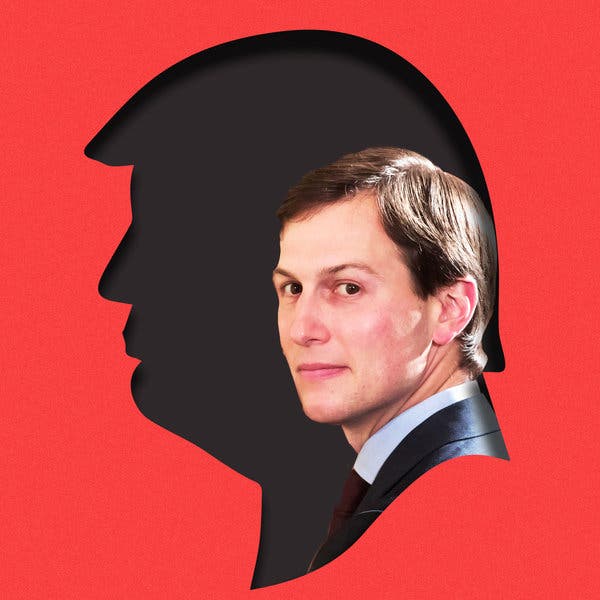 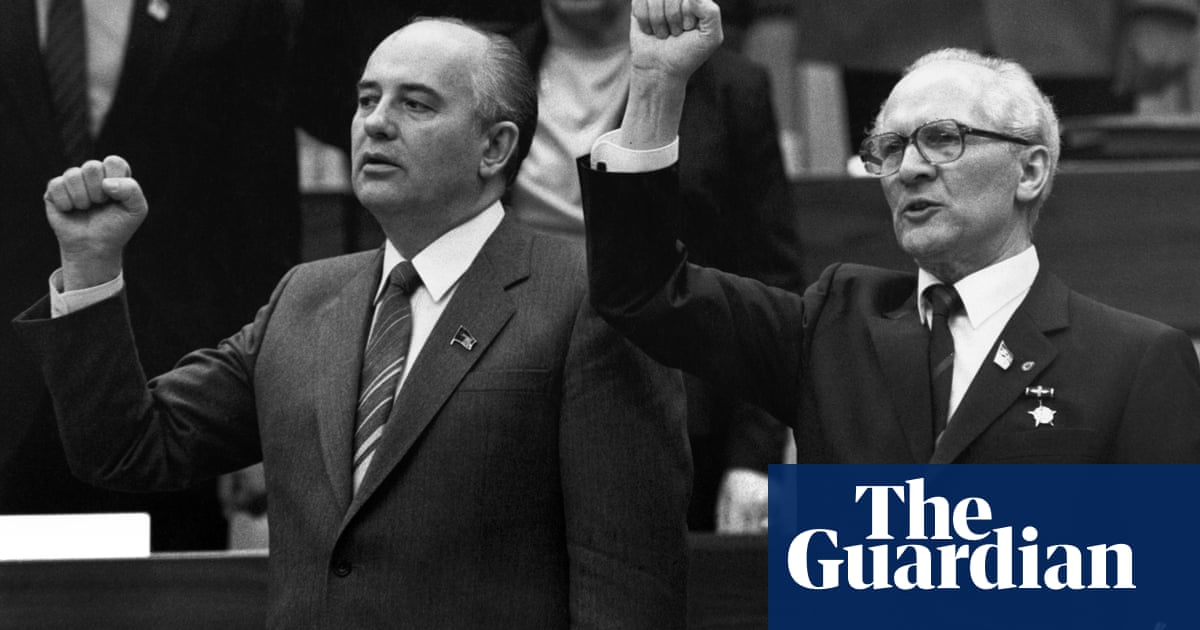 1:18 AM 4/23/2019 – Analyze ZIZ! Solve this, Columbo – Columbus: the New Abwehr’s old tricks: to incite the religious wars, like these attacks in Colombo, New Zealand, and other places around the world; in addition to the US – Russia tensions. And the Columbo crime family, as the part of the larger New Abwehr – Mob Group, is the part of this equation. – M.N.
Tuesday April 23rd, 2019 at 2:23 AM 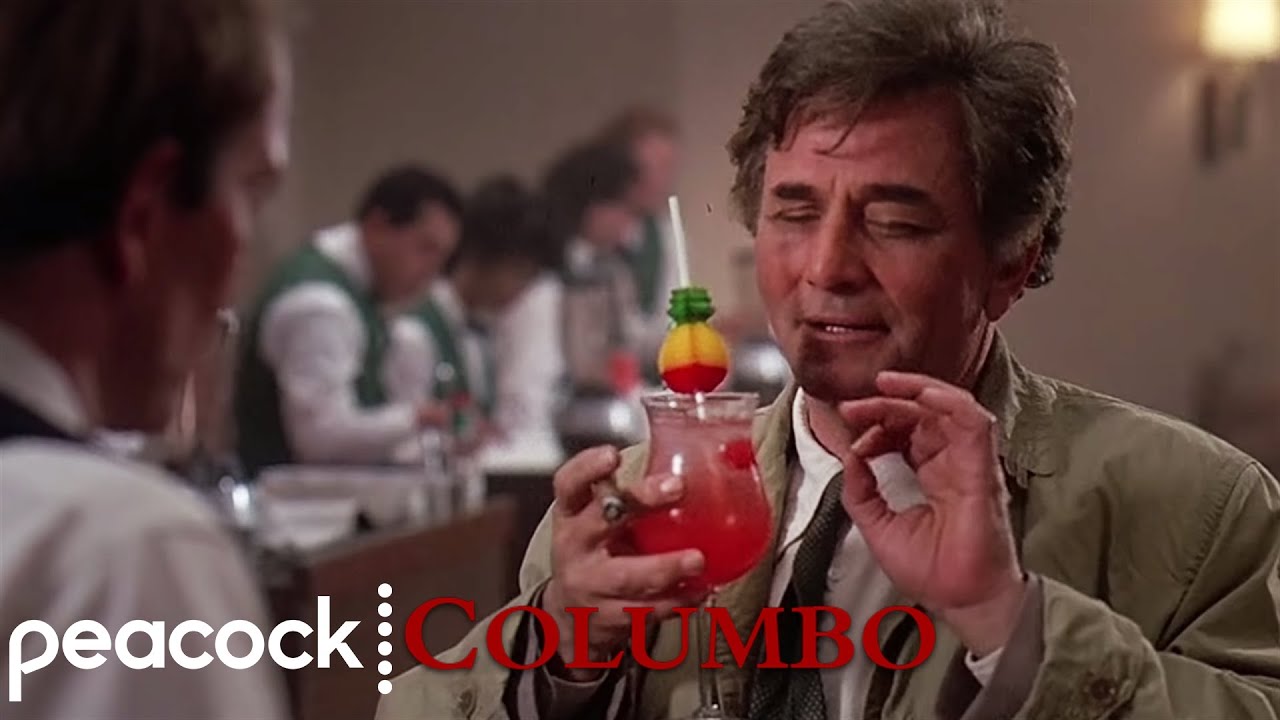 Analyze ZIZ!
Solve this, Columbo – Columbus: the New Abwehr’s old tricks: to incite the religious wars, like these attacks in Colombo, New Zealand, and other places around the world; in addition to the US – Russia tensions. And the Columbo crime family, as the part of the larger New Abwehr – Mob Group, is the part of this equation. – M.N.

https://en.wikipedia.org/wiki/Columbo
Columbo is an American television series starring Peter Falk as Columbo, a homicide detective with the Los Angeles Police Department. The character and …

BBC News–8 hours ago
The suicide attacks on churches and hotels in Colombo, Negombo and … Mr Nicholson, a partner with law firm Kennedys, said his family were …
British father whose entire family were wiped out in Sri Lanka attack …
Telegraph.co.uk–11 hours ago
Sri Lanka: Members of three families among eight British victims
The Guardian–4 hours ago
British man’s family killed in Sri Lanka
SBS–10 hours ago
Victims of Sri Lanka Attacks: Who They Were
In-Depth–The New York Times–13 hours ago
At least four Americans are among the dead in Sri Lanka bombings …
In-Depth–Washington Post–11 hours ago
View all

NEWS.com.au–2 hours ago
A British tourist in Sri Lanka beamed as she snapped a selfie with her family eating breakfast in a Colombo hotel. She swiftly uploaded the …
Sri Lankan officials ‘failed to heed attack warnings’
ITV News–15 hours ago
What we know about the Sri Lanka bombings at churches and …
ABC News–20 hours ago
Sri Lanka bombings: All the latest updates
Aljazeera.com–18 hours ago
Bombs tear through Sri Lankan churches and hotels, killing 290 people
In-Depth–CNN–Apr 21, 2019
Sri Lanka attacks – Bloodsoaked Brit dad ‘wandered alone’ through …
In-Depth–The Sun–14 hours ago
View all
Read the whole story
· ·
Next Page of Stories
Loading…
Page 4

https://en.wikipedia.org/wiki/Colombo_crime_family
The Colombo crime family (pronounced [koˈlombo]) is the youngest of the “Five Families” that dominates organized crime activities in New York City, United States, within the nationwide criminal organization known as the Mafia (or Cosa Nostra).

Archbishop of Colombo His Eminence Malcolm Cardinal Ranjith expressed his deep displeasure and concerns over not acting immediately over the reports of possible terror attacks.
Addressing a press conference at Archbishop’s House, Borella yesterday, he urged the Government to strengthen the country’s intelligence apparatus and Security Forces. He lamented that the Easter Sunday attacks could have been avoided had the Government dealt with the prior information seriously and directly without consuming time to pass letters to one another.
He also made a special request from all followers of Christianity to act with restraint and not to harm any person of any other religious faith.
“We were shocked by the trail of unfortunate incidents on Sunday. It was like a lightning strike. Ten years ago, such attacks were common and people of all religious faiths had suffered. It was reported that threats have been posed against the Muslim community following the incident. We hardly know who is behind this incident. What we see could be the tip of an ice berg. I request that peace and harmony be maintained and the funeral rites and burials be performed in a peaceful manner,” he said.
“The law must be implemented immediately to bring the culprits to book. No ordinary person should be allowed to take the law into their own hands. We were shocked to hear media reports that there had been prior information on the attacks. The Prime Minister and a Cabinet Minister confirmed such reports. It is questionable as to why immediate action was not taken. The Government should have taken a subtle approach coupled with latest technology to counter this kind of acts of sabotage.
That is a responsibility of the Government,” the Archbishop remarked.
“If a father of a Minister had been known any information with regard to a possible attack, at least that minister had a responsibility to warn the people. When I got to know the incident, I immediately instructed all churches to stop Holy Mass and send people home. I am going through great pain of mind and question as to why they let this happen to us,” he complained with grief.
Methodist Church of Sri Lanka President Bishop Rev. Asiri Perera said that this type of large scale attacks could have been avoided if the Government was more serious in implementing the law on small incidents. Recalling his unpleasant experience on the Palm Sunday attack on the Anuradhapura Methodist Centre, Rev. Perera complained that no culprit was apprehended by Police till the matter was brought up with the IGP by the Prime Minister.
“We request the Government and Opposition to ensure the security of the people and take all measures to prevent this type of incidents in the future. I also received calls from several Muslim persons complaining that they live in fear due to social media messages spreading lately. I request all Sri Lankans not to harass any Muslim person,” he said.
Chief Prelate of Kotte Ven. Dr. Ittapana Dhammalankara Thera, Anunayake of the Kotte Sri Kalyani Samagri Maha Sanga Sabha Ven. Prof. Kotapitiye Rahula Thera, Mahabodhi Society of Sri Lanka President Ven. Banagala Upatissa Thera and Ven. Panamure Chandrananda Thera, speaking at the press conference organized by multi-religious leaders, expressed their solidarity with the Christian Community and all those who lost their loved ones during the terror attacks.
“We do not have major racial clashes in this country. We need to build a Sri Lankan identity integrating all communities. All ethnic and religious communities, while retaining their tenets, must adopt to a Sri Lankan culture,” said Ven. Kotapitiye Rahula Thera.
Mawlavi Sheikh M. Arkam Nooramith, responding to a question by a journalist, said that Islamic organisations had always been cooperating with the Security Forces to curb ISIS operations in Sri Lanka.
Member of Congress of Religions and Constitutional Council Javid Yusuf stressed the need to immediately establish rule of law and stop the spread of hate speech.
Apostolic Nuncio calls on Archbishop
Vatican Representative in Sri Lanka (Apostolic Nuncio) Dr. Pierre Nguyen Van Tot meeting with Archbishop of Colombo Malcolm Cardinal Ranjith yesterday expressed his condolences on the Easter Sunday terror attacks.
Speaking to the media at Archbishop’s House, Borella after the meeting, he said, “I present my deepest condolences to the whole nation for yesterday’s violent act. My prayers are for the victims and peace in this nice country. Happy to see all religious leaders have got together at this difficult time. If you work together, you can soon restore peace in the country”.
Read the whole story
· · ·

22/04/19 12:12 from Trump Investigations – Saved Stories from Michael_Novakhov (2 sites) From: CBSNewsOnline Duration: 07:32 Democrats are debating if there is enough information in the Mueller report to begin impeachment proceedings against President Trump. Meanwhile, Mr. Trump’s attorney said it was not against the law to …
Monday April 22nd, 2019 at 1:37 PM

From: CBSNewsOnline
Duration: 07:32
Democrats are debating if there is enough information in the Mueller report to begin impeachment proceedings against President Trump. Meanwhile, Mr. Trump’s attorney said it was not against the law to receive information from Russia during the 2016 campaign. CBS News White House correspondent Paula Reid joined CBSN to break down the latest.
Subscribe to the CBS News Channel HERE: http://youtube.com/cbsnews
Watch CBSN live HERE: http://cbsn.ws/1PlLpZ7
Follow CBS News on Instagram HERE: https://www.instagram.com/cbsnews/
Like CBS News on Facebook HERE: http://facebook.com/cbsnews
Follow CBS News on Twitter HERE: http://twitter.com/cbsnews
Get the latest news and best in original reporting from CBS News delivered to your inbox. Subscribe to newsletters HERE: http://cbsn.ws/1RqHw7T
Get your news on the go! Download CBS News mobile apps HERE: http://cbsn.ws/1Xb1WC8
Get new episodes of shows you love across devices the next day, stream CBSN and local news live, and watch full seasons of CBS fan favorites like Star Trek Discovery anytime, anywhere with CBS All Access. Try it free! http://bit.ly/1OQA29B
—
CBSN is the first digital streaming news network that will allow Internet-connected consumers to watch live, anchored news coverage on their connected TV and other devices. At launch, the network is available 24/7 and makes all of the resources of CBS News available directly on digital platforms with live, anchored coverage 15 hours each weekday. CBSN. Always On.

The Trump Investigations Report – Review Of News And Opinions