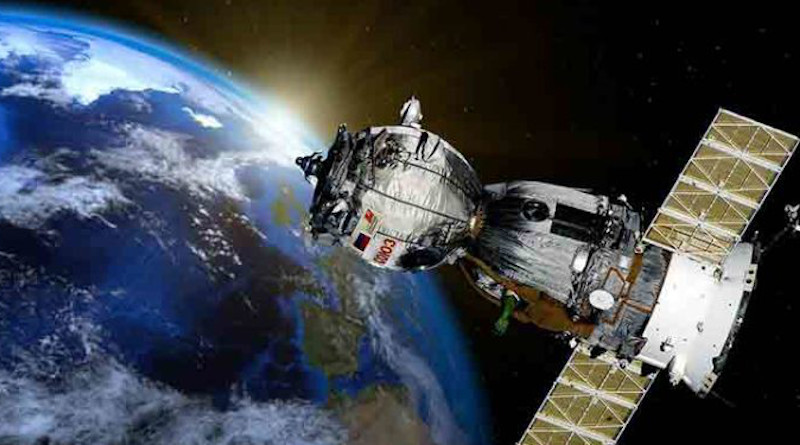 What’s more, the momentous occasion was capped off by a ceremony held a month later in Beijing celebrating Beidou’s completion and activation with top party officials in attendance, including Xi. The terrestrial send-off of the final third-generation Beidou satellite marks a historic milestone in China’s space and great-power ambitions. It’s also the country’s greatest technological feat in a long-running strategy to decouple from the United States.

Beijing has aimed to reduce its reliance on foreign technologies through indigenous innovation policies for decades. Under Deng Xiaoping, the ‘863’ program was one of the first of these policies implemented in 1986, accelerating funding, research, development, and acquisition of vital dual-use advanced technologies in domains like space. Hu Jintao and Xi, respectively, both rolled out signature indigenous innovation policies, including Xi’s ‘Made in China 2025’ plan, which targets strategic industries like aerospace and involves discriminatory tactics, such as forced technology transfers.

While decoupling has become a panacea for rebalancing bilateral relations in Washington, calls for a high-tech bifurcation across the Pacific are growing. Vice President of Renmin University’s International Relations Department Di Dongsheng published an article in May 2020 advising Chinese leaders to decouple first. ‘To a certain extent, [China joining the US-led market system] was necessary, but one cannot walk the same path forever. One must assess the right time to leave’, Di wrote.

Like Di, a growing number of Chinese academics are voicing concerns about US–China interdependence. Many are urging their government to narrow its reliance on the United States and strengthen its ‘scientific and technological autonomy’.

Named after the Big Dipper constellation, Beidou is perhaps China’s most successful example of indigenous innovation. The 35 active Beidou satellites not only provide global coverage — they also offer better positional accuracy in the Asia Pacific than the US-built Global Positioning Service (GPS). In contrast to GPS, Beidou also offers a text messaging service capable of sending up to 1200 Chinese characters.

Beidou’s scientific progress has monumental implications for its military application. Created as a homegrown surrogate to GPS in 1994, Beidou addresses Beijing’s security concerns by providing the People’s Liberation Army (PLA) with reliable access to communications, weapons targeting and other critical functions. According to a retired PLA general, the 1995–1996 Taiwan Strait Crisis was a wake-up call on the urgency of deploying an independent satellite system after GPS signals guiding Chinese ballistic missiles were disrupted during the conflict.

Beidou’s civilian application factors heavily into Beijing’s economic pursuits. Nowhere is this more evident than in the booming satellite navigation’s downstream market consisting of products such as drones and services like smartphone apps. According to an industry white paper, China’s satellite navigation and location services market generated nearly US$49 billion in 2019 and is expected to earn US$58 billion in 2020.

At the nexus between geographic space and power politics, Beidou is a key undertaking in China’s geopolitical infrastructure project and remedy to ‘strategic encirclement’: the Belt and Road Initiative (BRI). ‘I think that for countries along the BRI — including allies of the United States — switching to Beidou would mean less US influence in the digital economy’, said Namrata Goswami, an independent analyst and author. China’s neighbours such as Pakistan, Laos, and Thailand are among more than 30 BRI countries that have already adopted Beidou.

As Beidou’s acceptance expands, so too has Beijing’s international prestige. The latest Beidou satellite launch is as much a source of national pride as it is a wellspring for China’s soft power. Domestically, Chinese officials have set up Beidou education and training centres. Abroad, a bevvy of formal exchanges have been established with multilateral organisations and countries alike.

Since China’s first man-made satellite launch in 1970, its space program has gradually inched closer to fulfilling Xi’s ‘space dream’. The 55th Beidou satellite launch aboard a Long March-3B rocket provides further momentum for China to reach its goal of becoming a space power’ by 2030, with additional Beidou upgrades scheduled for completion by 2035. In the meantime, China’s space authorities launched the country’s first Martian probe on 23 July and plan on putting the finishing touches on a space station by 2022.

China has quietly sought to lead in emerging domains and technologies since the communist country’s founding in 1949. China’s strategy isn’t so much about obtaining parity with the West as it is about providing the world with a superior alternative. More specifically, it intends to prove that a ‘Chinese socialist’, techno-authoritarian state can offer greater innovation, stability, and prosperity for mankind. One of China’s chief leapfrogging tactics to attain 21st-century superpower status has been the use of indigenous innovation policies. These industrial policies helped spur the evolution of technically sophisticated substitutes like Beidou and provided a foundation for decoupling.

While Beidou’s security implications for the United States and other Indo-Pacific allies are minimal as global navigation satellite systems gravitate towards multi-constellation interoperability, its geopolitical significance for Beijing will likely fuel rising suspicions in Washington. Amid a fraught post-COVID-19 political environment, the result may lead to even deeper division in US–China relations as calls for decoupling grow louder — and not just from those inside the Washington Beltway.

*About the author: Don Giolzetti is a researcher and writer based in Washington, DC.

Source: This article was published by East Asia Forum