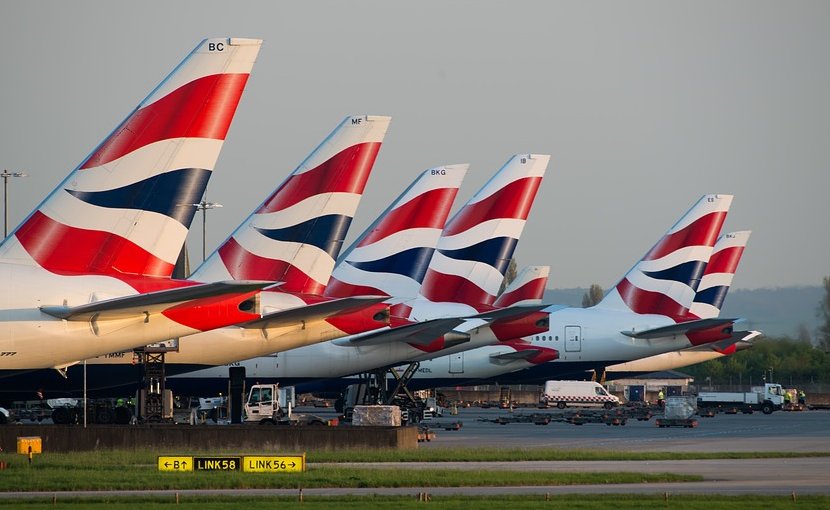 The airline industry, which had been badly battered by the pandemic, just about saw light at the end of the tunnel courtesy of vaccine approvals and the rollout of vaccination programs in several major economies. But once again the virus proved that it had a mind of its own. A mutant strand, which is believed to be 70 percent more infectious than the original coronavirus disease (COVID-19) and which had evolved in the southeast of England, forced the UK government to bring 16.4 million people into stricter measures, shutting all non-essential shops and forbidding them to leave their zone of restriction.

On Saturday evening immediately after the British Prime Minister Boris Johnson had informed the nation of the new restrictions, scenes in London train stations were reminiscent of what had unfolded in Saigon as the last helicopters took off from the roof of the US Embassy. Countries were quick to react, first in Europe and then further afield. By now the Netherlands, Belgium, Germany, Switzerland, Kuwait and Hong Kong — just to name a few — have stopped or are about to stop receiving air passengers from the UK. The Eurostar has also halted operations. Saudi Arabia has taken the only sensible and prudent approach by stopping international air travel for a week until there is more clarity about the impact of this new strain.

This is especially tough on aviation, particularly as England’s southeast was the busiest region for air travel in Europe during the holiday season, according to Eurocontrol. The three carriers who are most affected are IAG, the parent of British Airways, EasyJet and Ryanair. The last two will be hit particularly hard as they carry 49 percent of passengers between the UK and Europe. The bickering on cash reimbursements for canceled flights has already started, with EasyJet supposedly being the most conciliatory. While these three companies feel the brunt of the burden, let there be no illusion that the uncertainty will hit the industry as a whole. What happens in the UK today can happen tomorrow anywhere in the world — the only certainty during this pandemic being uncertainty.

Oil was also affected, WTI falling below $48/b or losing around 3 percent, while Brent fell below $51/b on Sunday after having reached $52.40/b on Friday, which were pre-pandemic levels. This ended a seven-week rally where the commodity appreciated some 33 percent since the end of October. The commodity has moved from deep backwardation into contango in a sign of the more pessimistic outlook. Brent traded at $47.44/b and $50.57/b Monday morning CET.

In this context, the decision of OPEC+ to convene at the ministerial level on a monthly basis in order to adjust production cuts if necessary was spot on. OPEC+ production cuts are expected to come in at 7.2 million bpd as of Jan. 1. In the face of uncertainty, it is wise to have an opportunity to recalibrate frequently. In the same vein, both Saudi Arabia and Russia, who are the de facto leaders of OPEC+, reiterated over the weekend that they would react fast to changes and have a hands-on approach.

Earlier this month, markets might have been carried away in hope that life would return to normal as vaccines were proven effective and approved by several regulators. The reality is that while there might be light at the end of the tunnel, we are not out of the woods. The mutant strain of the virus proved that we have to be ready for surprises.

Furthermore, we should not underestimate potential manufacturing impasses, logistical hurdles and the time it will take to vaccinate whole populations. Several experts have warned that we shall only return to something resembling normalcy toward the end of 2021 or even the beginning of 2022. Hang in there!

• Cornelia Meyer is a Ph.D.-level economist with 30 years of experience in investment banking and industry. She is chairperson and CEO of business consultancy Meyer Resources. Twitter: @MeyerResources