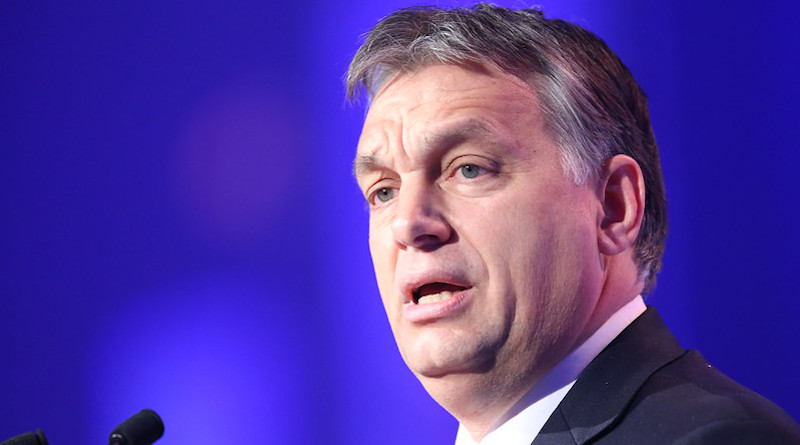 (EurActiv) — The leaders of six leading opposition parties of Hungary officially agreed on Sunday (21 December) to join forces in the 2022 parliamentary elections to defeat Prime Minister Viktor Orbán’s Fidesz, in power since 2010.

All of Hungary’s six biggest oppositions parties — centre-left’s MSZP and Demokratikus Koalíció, the green LMP and Párbeszéd, the liberal Momentum and far-right-turned-conservative Jobbik — agreed to put forward only one candidate against Fidesz in all 106 electoral districts, a joint prime ministerial candidate, a common electoral program and a common list.

The only established opposition party not participating is the Hungarian Two-tailed Dog Party, a joke political force.

The party leaders also adopted the conditions of selecting joint candidates, which include barring candidates that have made statements that “offend human dignity,” participated in corruption offences or other violations of law, or have collaborated with Fidesz.

The parties also promised to hold informal primary elections organised amongst themselves to decide on the individual candidates in electoral districts and the prime ministerial candidate.

Several polls in the past two weeks estimated a united opposition as a stronger force compared to Fidesz, putting the six-party coalition ahead of Fidesz with a 2-4% margins.

The only agency reporting a Fidesz lead is the Nézőpont Institute, regarded by analysts as government-leaning, by a which on 19 December reported an 8% lead for the ruling party.

Last week, the Hungarian parliament adopted changes to the electoral law that have pushed the opposition to form an alliance.

Under the new rules, a party would be able to put together a national party list only if it has put forward candidates in at least 71 of the country’s 106 constituencies – up from 27.

The bill — submitted by Deputy Prime Minister Zsolt Semjén at 11:59 pm on 10 December — argued the amendments were needed to ensure that only parties with real societal support are able to put forward a national party list.

Critics said, however, that the changed law was directed against the opposition and pushed it into a creating a joint party list.

“Despite the prime minister, who dreading his approaching fall is trying to make the cooperation of opposition parties impossible, opposition parties committed to a change of government are ready to give an adequate response to anti-democratic amendments to the electoral law,” the document signed by the opposition reads.

Hungary has a unicameral legislature into which MPs get elected via a mixed system: 106 lawmakers from single-winner constituencies and 93 proportionally from party lists.

“Hungary has entered the gates of a new era,” the six parties said in a statement.

“For the first time in the last decade, there is a real chance that the Hungarian people will shake off the corrupt and dishonest rule of the Fidesz-KDNP,” the statement added.

Orbán has won three consecutive landslides in national elections since 2010, and has since changed electoral laws and introduced a new constitution, which his party has since amended 9 times.

The opposition’s already partially applied the strategy at the municipal elections last October and scored its biggest victory in a decade when joint green nominee Gergely Karácsony ousted Fidesz incumbent István Tarlós as mayor of Budapest, while opposition parties made gains in other major cities as well.

Since then, the government has on multiple occasions made decisions that cut into the budget of municipalities.

Last week, the government halved business tax for SME’s from January, one of the main sources of revenue for municipalities, citing COVID-19 related financial strain.

According to Portfolio.hu estimates, this will result in approximately a yearly €550 billion in lost revenues for the cities.

In protest, opposition-run Hungarian cities announced that they will turn off the lights of all Christmas decorations at night.