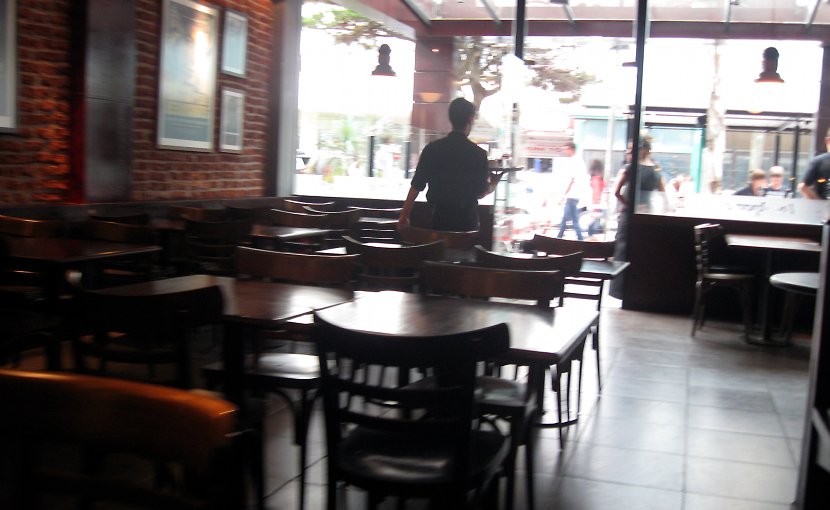 As states like California continue imposing harsh COVID-19 lockdowns on their citizens, government officials gain even more power to decide which businesses get to survive. Unsurprisingly, politicians have given powerful interests preferential treatment. One of the most blatant cases occurred in Los Angeles, where a restaurant owner’s tearful condemnation of the city’s uneven policies reveals what happens when government starts deciding whose livelihood takes priority.

As Angela Marsden describes in her now-viral video, a newly imposed ban on outdoor dining meant that the elaborate outdoor setup she had invested $80,000 in to bring the Pineapple Hill Saloon and Grill into compliance with previous restrictions had been rendered useless. Even worse, she discovered that a similar, much larger catering station for a film crew had appeared directly across from her restaurant – because the city is issuing permits to Hollywood studios while forcing small businesses to close.

The county health department’s official response proved less than convincing. It claimed that film crews do not mingle for “extended periods of time without their face covering,” even though the tent in the video is clearly large enough for dozens of people to eat at once. And it is hard to believe that that an entire cast and crew working on a movie together come into less contact than a few waiters and a handful of customers sitting outdoors. In fact, it is not clear how Hollywood made it onto California’s list of “essential critical infrastructure” at all. Regardless, the end result is that a film crew can mill around all day on the set, but customers cannot spend an hour at a restaurant where the owner has gone above and beyond to ensure consumer safety and regulatory compliance. Holding people who engage in the same behavior to different standards is the definition of injustice.

When government starts deciding who is more “essential” to society, powerful interests can abuse the process and ensure favorable treatment. The entertainment industry has significant leverage over California politics. The Intercept’s Lee Fang recently reported that Hollywood studios have spent tens of thousands of dollars on lobbying efforts related to “COVID-19 reopening” and “outreach.” Fang also pointed out that companies like Netflix, Disney, and Comcast have contributed hundreds of thousands of dollars to state elected officials’ campaigns. In this environment, lawmakers may be tempted to let public health considerations take a back seat to the needs of favored insiders – to the point that a coronavirus testing site was nearly shut down because a studio wanted the space to shoot a remake of the teen comedy She’s All That. How can restaurant owners, who operate on slim margins in the best of times, hope to be heard on an equal footing with wealthy, politically connected industries?

There is one silver lining: The city officials behind this disastrous policy live among their constituents, and they will get an earful from them if they do a poor job. The restaurant owner and other Los Angeles business owners protested outside the home of a county supervisor named Sheila Kuehl, who voted for the outdoor dining ban. But imagine what would happen if the lockdown was nationwide, as one of President-elect Joe Biden’s advisers proposed in November. Workers and business owners would have to go all the way to Washington – assuming they are permitted to travel – to demonstrate for their rights, more like royal subjects than free citizens. We will never be completely free of harmful government overreach, but we can try to limit the officials responsible for it to those who we can hold accountable in our own communities. Subsidiarity – keeping policies that affect ordinary people at the local level – gives individuals greater control over the policies which, in this case, affect their ability to earn a living.

It was not just the outdoor dining ban that earned Kuehl the anger of local business owners. Her actions have violated the spirit of the policy she supports: Kuehl was spotted eating at a restaurant hours after voting for the ban – and just a day before the ban was to take effect. Was she technically following the rules? Yes. But as a promoter of the policy – one whose paycheck will not be affected by it – the least she could do is practice what she preaches. She was not the only California politician to act in such a double-minded fashion: Gov. Gavin Newsom was spotted dining indoors, mask-free, in a restaurant where prices start at $350 a head, seated with a large group that included medical industry lobbyists. And House Speaker Nancy Pelosi got her hair styled at a San Francisco salon despite supporting lockdowns. Even the royalty of old occasionally displayed a sense of noblesse oblige out of solidarity with their subjects; the progressive managers of California feel no such duty.

Ordinary Americans, on the other hand, have stepped up to support Marsden. Her GoFundMe page has raised more than $100,000 for her restaurant, though she will hardly be rolling in cash. While her supporters’ charity is admirable, things should never have come to this point in the first place. The city council should not have intensified the already-harsh lockdown guidelines, and city authorities should not have given a Hollywood studio priority over her restaurant. Workers and business owners should not have to stand outside their representatives’ homes with signs to protect the right to make a living. Los Angeles officials need to understand that their job is to help workers and small businesses survive these challenging times, not to cripple them while rewarding powerful interests. And all Americans must understand that giving additional power, authority, and discretion to the government makes such blatant favoritism and injustice virtually inevitable.

*About the author: Chris Nagavonski is a writer and translator from Washington, D.C., who specializes in Eastern European affairs

Source: This article was published by the Acton Institute