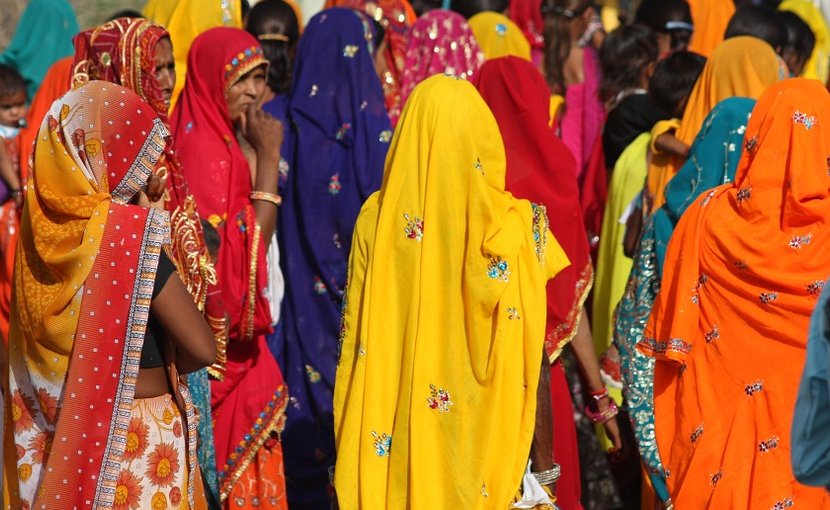 The COVID-19 pandemic induced restrictions has plunged the Indian economy into a severe downturn with disruptions to markets and supply chains, closure of businesses, limited travel facilities, and constricted international trade. This has resulted in rising unemployment and financial insecurity in India. Given how the public health crisis has further entrenched gender inequities, women will disproportionately bear the brunt of the pandemic’s economic fallout. However, the government’s stimulus packages for economic recovery lack welfare schemes specifically designed to help women, leaving them with little to no respite.

Women in India have long faced economic disadvantages, primarily due to socially entrenched discrimination and rigid notions of gender roles. Consequently, despite accounting for 48.03 per cent of the country’s population, only 19.9 per cent of India’s female population figures in the national labour force. On an average, Indian women earn 35 per cent less than men. This state-of-affairs is set to worsen due to the pandemic’s far-reaching impact on the economy, lives, and livelihoods.

For instance, with economic slowdown inducing cutbacks, women are considerably more vulnerable to job losses than men due to existing gender inequalities and the less secure nature of their employment, among other factors. According to the Centre for Monitoring Indian Economy, with the commencement of the nationwide lockdown, the unemployment rate reached 23.5 per cent between March to April 2020, with higher shares of unemployed women.

India’s Sixth Economic Census (2016) showed that 13.8 per cent of business establishments were owned by women. A majority of these were micro-enterprises operating in sectors—like tourism, hospitality, and education—which have been hit the hardest by the pandemic. At present, with limited access to financial assets, credit facilities, and social protection, many of these women-led-businesses are at a greater risk of facing obstacles to remaining afloat, or perpetual closure, particularly due to declining demand, failure to repay debts, labour shortage, etc.

In a society where women already work nearly ten times as much as men, the public health crisis has also increased the burden of unpaid care work on women. This work is often unrecognised and not factored in national economic metrics. With an increase in domestic responsibilities or time women spend caring for children and elderly family members, home schooling, and domestic chores, the combined pressure of domestic chores and work-from-home have also led many women to opt out of paid work, thereby impacting their already low workforce participation rates.

The situation is grimmer in rural India, where around 73.2 per cent of the women are employed in the agricultural sector—which is seasonal and often has unstable profits, with no job security and extremely low wages. Pandemic-induced restrictions on movement, and supply chain and market disruptions, have also limited female farmers’ ability to cultivate and sell their produce normally, thereby affecting their livelihoods.

Although this disproportionate impact on women necessitates a gendered approach in the country’s economic policies, targeted measures for women remain largely missing from India’s stimulus packages.

For instance, in late March 2020, the Indian government announced monthly cash transfers of INR 500 to female Jan Dhan account holders for three months. However, this amount is insufficient to sustain lives and livelihoods. Reports indicate that a minimum of INR 3000 per month is required for the next three to four months to help people cope with the pandemic. Given how women are at a greater risk of losing their jobs, and are among the hardest hit by the pandemic, this much monetary assistance at the very least should be provided.

Moreover, stimulus packages have focused more on easing credit availability for micro-enterprises. For example, the government has set aside INR 50,000 crore equity infusion for small enterprises; almost INR 300,000 crore collateral free loans; and 2 per cent interest subvention on MUDRA Sishu loans. None of these include special provisions earmarked for women-owned micro-enterprises and business. They also don’t mention the sectors that employ large numbers of women.

The financial aid package also includes an increase in the minimum wage rate under the Mahatma Gandhi National Rural Employment Act, 2005, which attracts large numbers of women to waged employment. However, the increase is of a nominal INR 20, which is far below the wage levels that notified by the Ministry of Rural Development. It has now been fixed at a low rate of INR 202 despite the numerous economic challenges that women in rural areas are confronted with, thus doing little to alleviate their financial woes.

In terms of workforce management, in June 2020, the Indian government stated that it would direct INR 500 billion towards the creation of temporary jobs. However, there is no notification regarding the formulation of any employment generation scheme specifically targeted towards women or for improving their post-COVID-19 employability rate.

Given the economic challenges faced by women because of the pandemic, it is imperative for future relief packages and economic policies to focus on restoring employment and livelihoods as well as on fixing broken supply chains for all, including women. This will only be possible through an inclusive and gendered policy framework.

*Akanksha Khullar is a Researcher with IPCS’ Centre for Internal and Regional Security (IReS).