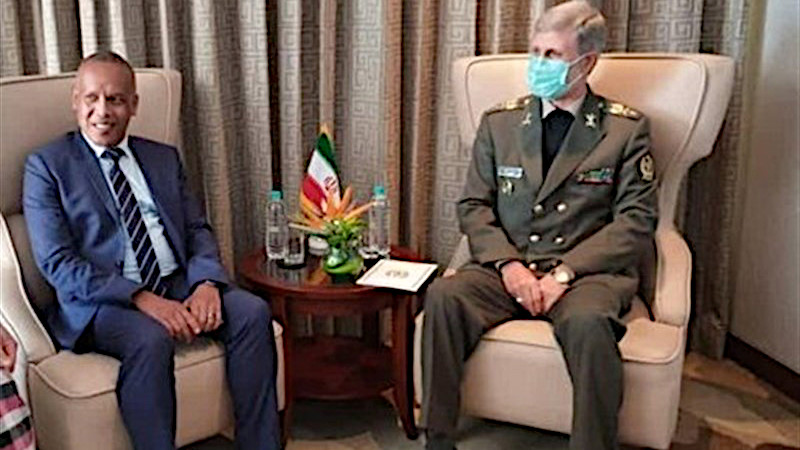 Defense Minister of Iran Brigadier General Amir Hatami called on the Republic of Madagascar to assist the Iranian fishermen facing pirates off the coasts of the East African country.

The Iranian defense minister held a meeting with his Madagascan counterpart Rasolofonirina Beni Xavier on the sidelines of a conference of defense ministers of the Indian Ocean Region (IOR), held in India’s Bangalore on Thursday.

In the meeting, General Hatami asked the government and coast guard of Madagascar to help resolve the problems of Iranian fishermen who are attacked by pirates in the waters near the African island country.

He also highlighted the significant location of Iran and Madagascar as two countries on the coasts of the Indian Ocean, hoping for the promotion of military cooperation between the two nations.

“The Islamic Republic of Iran and Madagascar have much in common and can think about the enhancement of relations in various fields. That’s because Madagascar and the southern African states have a special place in Iran’s foreign policy,” Hatami added.

Heading a military delegation, the Iranian defense minister has traveled to Bangalore at the invitation of his Indian counterpart Rajnath Singh.

The Iranian general on Wednesday participated in the opening of the biennial Aero India air show and held a meeting with Chief of Defense Staff of India Bipin Rawat.