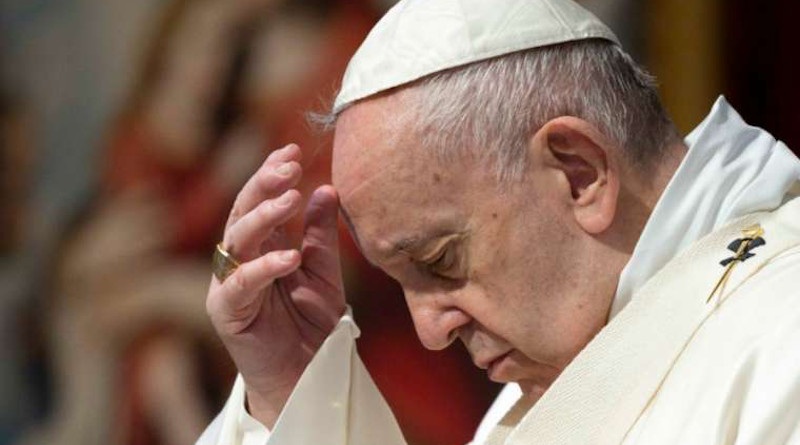 Pope Francis did not approve a proposal to ordain married men in the Amazon region because the idea was discussed, and even argued about, but not prayerfully discerned at a 2019 synod of bishops, according to notes from the pope included in an article published Thursday in the Catholic periodical La Civiltà Cattolica.

“There was a discussion … a rich discussion … a well-founded discussion, but no discernment, which is something different than just arriving at a good and justified consensus or at a relative majority,” Pope Francis said, on the issue of addressing a priest shortage in the Amazon by ordaining so-called viri probati, or older, mature and married men from local communities.

The pope clarified that synods of bishops should be opportunities for prayerful reflection, not parliamentary lobbying.

Pope Francis explained that a synod of bishops is a “spiritual exercise,” a period for discernment of how the Holy Spirit is speaking, and for self-examination regarding the motive beyond positions.

“Walking together means dedicating time to honest listening, capable of making us reveal and unmask (or at least to be sincere) the apparent purity of our positions and to help us discern the wheat that – up to the Parousia – always grows among the weeds.”

“Whoever has not realized this evangelical vision of reality exposes themselves to useless bitterness. Sincere and prayerful listening shows us the ‘hidden agendas’ called to conversion,” the pope added.

The October 2019 Synod of Bishops on the Pan-Amazon Region was a gathering of bishops from the region, and from other parts of the world, who met to discuss pastoral strategies for evangelization, catechesis, and pastoral care in the region, which spans several South American countries, and is beset by social, economic, and environmental challenges.

Some bishops at the synod proposed that Francis should permit the ordination of married men to the priesthood to address a regional shortage of priests. Critics of the idea said it would undermine the Church’s understanding of clerical celibacy as a gift, would become a widespread demand in the Church, and would not effectively resolve the clerical shortage in the Amazon.

In his Feb. 12 exhortation Querida Amazonia, which responded to the synod’s discussion on the region, Pope Francis did not endorse the proposal for the ordination of married men.

Instead, the urgent need for priests in the region “leads me to urge all bishops, especially those in Latin America, not only to promote prayer for priestly vocations, but also to be more generous in encouraging those who display a missionary vocation to opt for the Amazon region,” he wrote.

In his remarks published this week, the pope emphasized that continued discernment is needed to implement the vision laid out in his exhortation. “I like to think that, in a certain sense, the synod is not over. This time of welcoming the whole process that we have lived  challenges us to continue walking together and to put this experience into practice.”

Pope Francis was criticized in some quarters for his decision not to approve viri probati, despite support for the proposal from the bishops at the synod. Church historian Massimo Faggioli wrote in Commonweal that “what we see with Querida Amazonia might suggest a betrayal of the Amazon Synod at least in terms of what it means for institutional Church reforms.”

But in his recently published note, Francis emphasized that a synod is not a legislative body, looking only for majority approval on proposals.

“We must understand that the synod is more than a parliament; and in this specific case it could not escape that [parliamentary] dynamic. On this issue it was a rich, productive and even necessary parliament; but no more than that. To me, this was decisive in the final discernment, when I thought about how to do the exhortation.”

“One of the riches and originality of the synodal pedagogy lies precisely in going out of a parliamentary logic to learn to listen, in community, to what the Spirit says to the Church; for this reason I always propose to remain silent after a certain number of interventions,” the pope added.

“What sense would the synodal assembly have if it were not for listening together to what the Spirit says to the Church?” Pope Francis asked.

The article Pope Francis Says Amazon Synod Was For Discernment, Not About Married Priests appeared first on Eurasia Review.