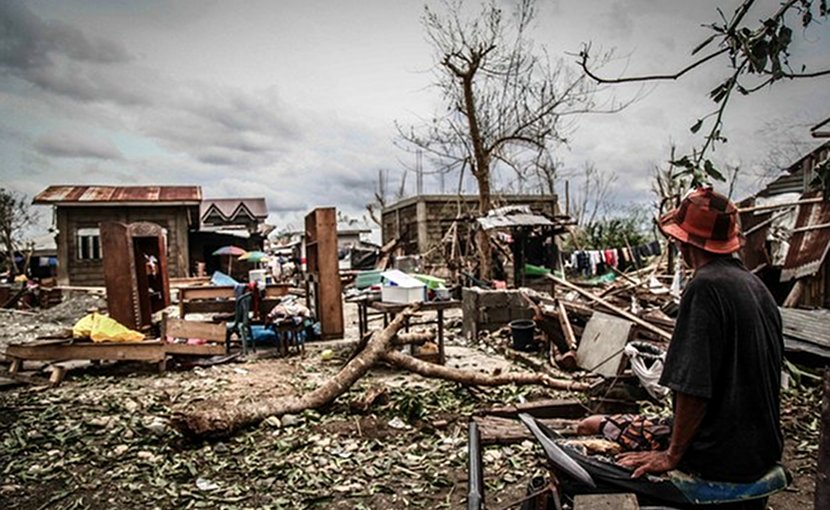 Samoa, for example, confronted a measles epidemic in 2019, followed by the global COVID-19 pandemic in 2020. In Fiji and Vanuatu, the pandemic was compounded by Cyclone Harold. These experiences highlight the severity of cascading disasters and the complex requirements for a humanitarian response.

Today, many Pacific Island countries rely heavily on government relief and international aid when they face a disaster. Traditional sources of resilience can still play an important role, however, both within local communities and within the broader diaspora of Pacific communities in Aotearoa-New Zealand, Australia, and the US.

The state of a community—or a society or a nation—before a disaster reveals its level of vulnerability and determines how well it will recover. In the fields of climate change and risk management, the commonly used term for a community’s ability to recover from a disaster is “resilience.”

From a Pacific-Indigenous perspective, the concept of resilience relates to the idea of self-reliance in the face of hardship without being overly dependent on outsiders. Although each Pacific culture is unique, in general the notion of self-reliance is not based on the individual, but rather on the notion of kinship ties— “aiga” or family. The former Samoan Head of State Tupua Tamasese Efi expressed this notion poignantly in an address to a grieving nation following the 2009 tsunami: “O lē e lave i tigā, ole ivi, le toto, ma le aano” (He who rallies in my hour of need is my kin.).

The introduction of colonization and cash economies weakened traditional knowledge systems and created vulnerabilities within the social fabric of many Pacific nations. For example, food-storage systems that provided a back-up in times of crisis were weakened when rice and other imported foods were introduced.

Today, many peoples of the Pacific have been dislocated from the buffers of village life and shared practices that helped resolve conflict and provided material and emotional support. Cultural dislocation and material hardship have contributed to high rates of violence in families and in the broader community. In this situation, local resources for disaster response are diminished, everyday life is disrupted, and communities lose the ability to cope.

In recent decades, many Pacific peoples have migrated overseas, primarily in search of better economic opportunities. Large numbers of Samoans (213,439) and Tongans (61,685) live in the US, mainly in Hawaii and California. In Sydney and Brisbane, Australia, the Pacific population is estimated at more than 206,000 and is rapidly growing. In Aotearoa-New Zealand, more than 380,000 people identify as Pacific, while Auckland, with nearly 244,000, is known as the largest Polynesian city in the world.

Money sent home—remittances—from Pacific populations living overseas provides an important source of support to island communities. In fact, remittances account for a larger proportion of the national economies in the Pacific than in any other region of the world. According to the International Monetary Fund (IMF), remittances account for about 10 percent of gross domestic product (GDP) in the region as a whole (excluding Papua New Guinea), about 15 percent in Samoa and the Marshall Islands, and more than 40 percent in Tonga.

Pacific communities, families, and villages, both at home and living overseas, display immense resilience in times of crisis, but communities are vulnerable when the strain on resources is overwhelming. This was demonstrated during the measles health disaster that gripped Samoa in 2019. Today, many of the Pacific diaspora are struggling to meet their material, social, and cultural needs in the face of the global COVID-19 pandemic. Economic disruptions and shrinking work opportunities are expected to lead to a significant fall in remittances, according to the IMF. Among the problems that these communities face, the costs of sending remittances to Pacific nations are among of the highest in the world.

For the Pacific communities living in Aotearoa-New Zealand, holistic values of spiritual faith, culture, family, and interpersonal relations are embedded within their languages and underpin a unique worldview. This worldview is generally misunderstood or neglected in social and historical research because most scholars come from outside the community.

The importance of spiritual faith to the people of the Pacific is evident from the central role of Pacific churches as faith-communities. Pacific church communities are where spiritual faith is nurtured, expressed, lived, and sustained and where culture is maintained, language preserved, and disaster response mobilized. For the most part, churches are central to Pacific communities wherever the Pacific diaspora has settled. Yet current disaster-relief and humanitarian frameworks generally fail to take account of these critical community institutions.

Opportunities abound to improve social justice by resetting imbalances and inequities in disadvantaged communities. Innovative solutions to lower the cost of remittances to Pacific nations is one example of a practical improvement going forward. A better understanding of Pacific cultures from within and a better recognition of the role of the Pacific diaspora and of churches in Pacific communities would also help improve development efforts and disaster response.

In any kind of disaster, the recovery phase is the longest and requires the most resources. To fully understand community resilience in the Pacific, it is vital to take initiatives from the diaspora into account. In these unprecedented times, which include both a global health crisis and an economic disaster, we need to do more than just incorporate traditional humanitarian and disaster response frameworks into rebuilding communities. We need to understand the complex realities of vulnerable communities—including their knowledge frameworks, social relationships, and vital institutions—to achieve a sustainable recovery.

*About the author: Siautu Alefaio is Associate Dean for the Pacific in the College of Humanities and Social Sciences and Senior Lecturer in the School of Psychology at Massey University, Aotearoa-New Zealand.

Note: The term Pacific-Indigenous (PI) is used to denote Pacific-Indigenous peoples, born in their Island homelands or in diasporic communities, who descend from indigenous populations of Pacific nations in Oceania. It should not be misunderstood as a singular culture.