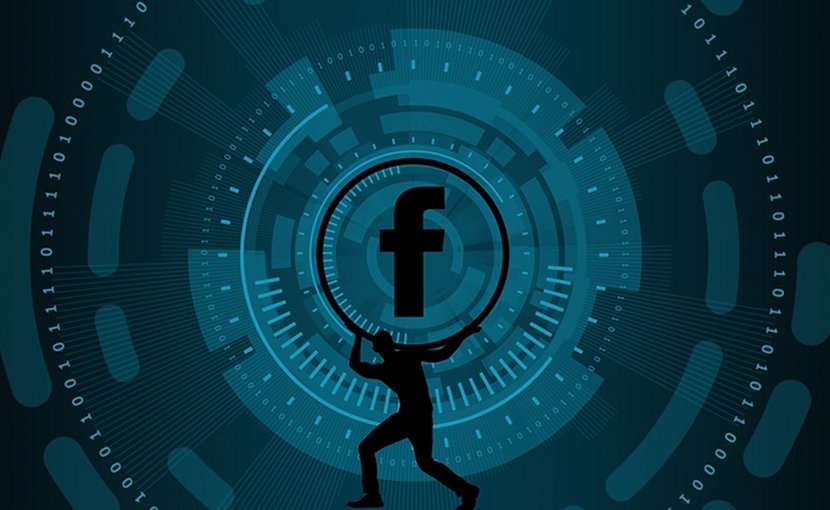 News and information can only go so far.  Despite the utopian fluffiness about having multiple platforms, the consumers of news want only one thing: the reassurance that their prejudice is secure and their world view left unchallenged.   The reader of Rupert Murdoch’s Sun would dare not venture into the sinned waters of The Guardian.  Those of The Guardian would argue that readership was an oxymoronic term when used for the Sun.

Facebook did nothing to cure this.  It simply secured an easy avenue for having pre-cooked material, tailored with its platform, available for outlets wishing to furnish them with content.  Through its algorithmic tyranny, it has assisted in reducing users to a standard conformist imbecility.  Using Facebook for news, which it admittedly does not create, is using a low grade heroin for affirmation, a junkie’s form of denial.  It offers little by way of redemption: you are encouraged, through your habitual likes and visits, to simply ingest the same hog feed.

Like Google, Facebook is facing Australia’s proposed draft media bargaining code with concern and threat.  The draft legislation proposes to involve government regulators in the relationship the company has with news sharing and largely arose because of foot dragging by the digital giants in negotiations with Australian regulators.  While Facebook News, a service that pays approved publishers, was established in the United States, no Australian equivalent was forthcoming.

Taking the voluntary element out of proceedings, an impatient Australian Consumer and Competition Commission decided to produce a mandatory code on revenue distribution.  It romantically and mystifyingly, envisages Australian news outlets, “including independent community and regional media”, getting “a seat at the table for fair negotiations with Facebook and Google.”

The response from Facebook’s Australasian managing director Will Easton is a stab at being ominous.  “Assuming this draft code becomes law, we will reluctantly stop allowing publishers and people in Australia from sharing local and international news on Facebook and Instagram.  This is not our first choice – it is our last.”

The news field is bedevilled by unsympathetic characters.  Remember the now defunct News of the World, the world’s finest lavatory reading?  The Leveson Inquiry?  Few should feel for such giants as News Corp, whose contribution to the news effort, including bankrupting the integrity of the Fourth Estate, has left a dubious, often sordid legacy.  Murdoch has, over the years, smacked his lips at the prospect of making Facebook pay for the content of his outlets, which he regards almost whimsically as meritorious.  In 2018, he suggested that, if the company wanted “to recognize ‘trusted’ publishers then it should pay those publishers a carriage fee similar to the model adopted by cable companies”.  Comically enough, he claimed that such publishers “are obviously enhancing the value and integrity of Facebook through their news and content” but not being adequately remunerated for them.

A government policy favouring such a beast is worthy of scepticism and the spectre of News Corp sitting at the table with Facebook is a spectacle of disturbing hilarity.  But Facebook’s relationship with news is also fraught, contending with claims that its platform permits all sorts of matter, masquerading as news, to make its way through the feed.  This is a point media organisations such as Nine never tire of reminding the company of, claiming itself to be a provider of “reliable news content to balance the fake news that proliferates on [Facebook’s] platform.”  The University of Canberra’s 2020 Digital News Report also found that some 36 per cent of Australians were “most worried about misinformation” on Facebook.

The company is also being rather selective whenever it becomes the news.  Take the way Easton describes the consequences of following the proposed code, the most galling of all being that Facebook will supposedly have to pay for all shared news content.  But not every item of news will necessarily require payment (heaven forfend).  In some cases, the value is bound to be negligible.  The ACCC acknowledges that “Facebook already pays some media for news content. The code simply aims to bring fairness and transparency to Facebook and Google’s relationships with Australian news media businesses.”

The language of Easton’s statement is also reminiscent of dictatorial benevolence: We support local news outlets, “particularly local newspapers”; “we recognize that news provides a vitally important role in society and democracy”, though our “News Feed is not a significant source of revenue for us.”  The Facebook News Feed generated gratis “additional traffic worth an estimated $200 million AUD to Australian publishers.”

The question now on the lips of news sharers is whether Facebook will make good its threat.  The Treasurer Josh Frydenberg is feeling bolshie about it all.  “We don’t respond to coercion or heavy-handed threats wherever they come from.”  Former ACCC chairman Allan Fels is unworried, proposing that the government deploy a weapon far more discomforting to the Silicon Valley giants.  “They could drop the code and just apply a tax – a general tax on digital transactions.  And the platforms have far more to lose from that.”

Some users will feel the digital pinch.  The Digital News Report claims that 39 percent of Australians use Facebook for news in the general category (the global average being 42 percent); 49 percent have done so for news specific to COVID-19. But in the jungle of punditland, views vary.  Business law academic Rob Nicholls shifts the emphasis back to the news producers themselves.  Should Facebook bar its sharing services, he writes in The Conversation, “it will potentially lead to very uncompelling content on both Facebook and Instagram.  Can you imagine Instagram or Facebook without the ABC or Australian news sources?”

Facebook, Nicholls also reasons, clearly misunderstands the nature of mandatory industry codes.  Akin to a franchising code of conduct that acknowledges the power imbalance between franchisors and franchisees, the ACCC legislation recognises the same “for news media businesses and social media platforms.”

Easton, should the threat be made good, will be returning Facebook to what it once was: the social network of old created by dysfunctional anti-social types desperate to be loved.  “Facebook products and services in Australia that allow family and friends to connect will not be impacted by this decision.”  The just will be barred from sharing news on it, which, in the scheme of things, might not be such an awful thing.

Time, then, to get inventive.  Go back to libraries. (Where and when you can.)  Subscribe to a range of other news outlets directly.  Encourage them to deliver news instead of being the news.  Cut out the niggling middleman and go for the source, be it via app, or email subscription.  There is even some research suggesting that this is already taking place.  James Meese and Edward Hurcombe have identified “a renewed focus on subscriptions”.  Older media companies have also noticed readers visiting their publication home pages, challenging “the idea that [they] depend totally on Facebook.”  Facebook was never a deity but whatever it is, the time has come to well and truly demote it.